For the 12th straight year, Reliance Industries’ chairman Mukesh Ambani is the richest Indian billionaire. The recent official announcement that social media giant Facebook will be investing ₹43,574 crores for a 9.99% stake in Reliance Jio Platforms has now made Mukesh Ambani the richest person in Asia.

The top business magnate Mukesh Ambani retained the top spot in the Indian billionaires’ list. It’s because of an epic success of his telecom company Reliance Jio, he is enjoying a staggering wealth.

The massive net worth of Mukesh Ambani, the chairman of Reliance Industries Ltd., has hiked to $64.5 billion, making him the only Asian tycoon in the exclusive club of the world’s top 10 richest people, as per the Bloomberg Billionaires Index. He also overtook Larry Ellison of Oracle Corp. and France’s Francoise Bettencourt Meyers, the wealthiest woman, to reach the No. 9 spot.

Ambani, who owns 42% of Reliance benefited from a flurry of investment into company’s digital unit, Jio Platforms Ltd. said that the company had become net debt-free just eight months ahead of March 2021 deadline it had set for itself.

It should be noted that the target of making the oil-to-telecom behemoth debt-free was outlined by Chairman and Managing Director Mukesh Ambani at RIL’s 42nd Annual General Meeting on August 12, 2019.

“We have a very clear roadmap to becoming a zero net-debt company within the next 18 months, that is by 31st March 2021,” Ambani said. “We have received strong interest from strategic and financial investors in our consumer businesses, Jio and Reliance Retail.

We will induct leading global partners in these businesses in the next few quarters and move towards listing of both these companies within the next five years. With these initiatives, I have no doubt that your company will have one of the strongest balance sheets in the world.”

While the Indian economy “has been nearly decimated” during the lockdown period to curb the spread of Covid-19, “Mr. Ambani’s companies (particularly the telecom giant Jio) have prospered, and his personal wealth has increased substantially,” said Jayati Ghosh, chair of the Centre for Economic Studies and Planning at the Jawaharlal Nehru University.

Meanwhile, a media representative for Reliance refused to comment on Mukesh Ambani’s fortune. Amazon founder Jeff Bezos tops the list with a whopping net worth of $158.9 billion, Bill Gates follows next on the list with $109.4 billion and Facebook founder Mark Zuckerberg comes fourth at $86.9 billion. 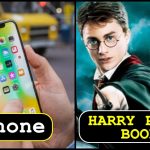 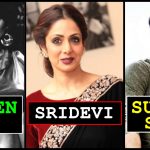