The recent official announcement that social media giant Facebook will be investing ₹43,574 crore for a 9.99% stake in Reliance Jio Platforms has now made Mukesh Ambani the richest person in Asia.

Jack Ma is none other than the founder and the former executive chairman of the Alibaba group.

“Facebook is teaming up with Jio Platforms – we’re making a financial investment, and more than that, we’re committing to working together on some major projects that will open up commerce opportunities for people across India.”

It has been learnt that Jio reportedly had 370 million or 37 crore subscribers in January 2020. The Facebook deal is estimated to be at Rs 43,574 crores for 9.99 per cent (which is almost 10 per cent stake). The total value of Jio according to Facebook is ₹435740 crore. 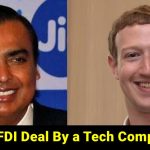 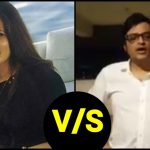