There is no hiding from the fact that Disha Patani is the hottest diva in Bollywood film industry. She has a beautiful smile, possesses good physique and body. To put in simple terms, the Malang actress is one of the sexiest actresses.

Disha Patani has a huge fan following on Instagram account with as many as 38.5 million followers. Disha Patani often came under fire for her way of dressing. She was shamed mercilessly on social media for the same reason. She is from a sophisticated background from Uttar Pradesh, Bareilly.

Belonging from a normal family, Disha Patani’s style of dressing and pictures on her social profile were too much shocking for his family in the first place. Keeping this in mind, Disha Patani was asked about her parents’ opinion about her bold photographs.

Disha’s reply to the publication, “I think they are cool with it. My parents have been extremely supportive of me. I’ve always shared the pictures I shoot with my family because I want to keep them in the know. My mother is on Instagram now, with a different name. She stalks me, so I don’t send the pictures anymore (smiles!)”

The actress replied, “I know they [parents] are watching me. They know it’s work, and I am not doing anything wrong. I am sure they are proud of me. Of course, my father feels awkward whenever I send my pictures on the family group. After all, he is a father.”

In our country, there are quite a lot of nonsensical, retrogressive and unethical practices which we are following since ages. Can you guess what’s the one sole reason which never lets us get over these things? The word “Culture” or “Tradition”, which are often misused to the greatest of effects.

We can’t expect to change things overnight, we have to do it brick by brick and results can be expected only in the long run. But for the betterment of the country, it’s imperative we start teaching the kids of this generation to move in the right direction, a way which has no religious, cultural, racial or gender barriers, a way which highlights the importance of equality and a way which would take us to our desired destination, an “Incredible India”. 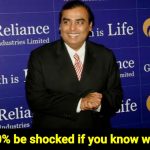 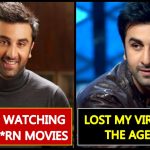