It has been more than two months since star Bollywood actor passed away but nobody seems to have moved on. Sushant’s fans are still paying him rich tributes on social media with some throwback pictures and heart-melting video clips. But the actor’s ardent fans are still speculating something fishy in his death.

In messages accessed by India Today, Rhea told the filmmaker, “Aisha moves on..sir..with a heavy heart and sense of relief .” Aisha is the name of her character in the film Jalebi, produced by Mahesh. She added, “Our last call was a wake up call. You are my angel You were then And you are now.”

He replied, “Don’t look back. Make it possible what is inevitable. My love to your father . He will be a happy man.” Rhea responded, “Have found some courage,and what you said about my dad tht day on the phone pushed me to be strong for him. He sends you love and thanks you for always being so special.”

The filmmaker wrote, “You are my child. I feel light,” to which Rhea replied, “Aaaah no words sir. The best emotions i feel i feel for u.” Mahesh thanked her “for being brave.”

“You ve again unclipped my wings, twice in one life is almost God like,” she wrote further along in the conversation. On Rhea’s birthday on July 1, she received a message from the filmmaker. “I will make you proud,” she wrote to him, to which he replied, “You already have. Truly. I takes guts to do what you did. Don’t look back.”

Mahesh has been interrogated by the Mumbai police in association with Sushant’s death, along with more than 50 others. In an interview to Times Now, Mahesh’s producer brother Mukesh Bhatt added that he could tell Sushant Singh Rajput was disturbed and remembered having a conversation about this with Mahesh Bhatt.

He said, “I started my career way back with Parveen Babi, she was also a victim of schizophrenia. I remember telling my brother, that I am afraid he is also going the Parveen Babi way. I am not shocked, because I saw this coming.”

Meanwhile, Sushant Singh’s family has accused Rhea Chakraborty of abetting his suicide, illegally transfering his funds, among other allegations. The case is currently being investigated by the Central Bureau of Investigation.

Mahesh Bhatt’s family has now come out in his support after screenshots of the WhatsApp chat between him and Rhea spread like wildfire on all social media platforms.

While there have been several text messages between Mahesh Bhatt and Rhea Chakraborty, only one message caught people’s eye which says “If we are not reflecting on the impermanent nature of life, then there are a lot of unimportant things that seem important”.

That message was sent by Mahesh Bhatt to Rhea Chakraborty in June 9, just a day after she left Sushant Singh Rajput’s house.

Several TV channels are trying to find out what Mahesh Bhatt exactly meant by that message. Meanwhile, Mahesh Bhatt’s daughter Pooja and wife Soni shared the screenshots where Bhatt sent the same message to them too on the very same day.

As per Pooja, his father sends such kinds of messages to several people in his contact list. 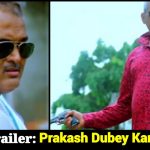 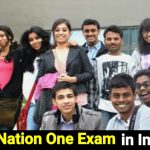