In an outrageous act, a six-year-old boy was beheaded with an incisive piece of broken glass in front of his traumatised mother, a campaign group claimed.

Shia Rights Watch says that “in an unusual incident” the child was ruthlessly killed in Medina after the boy was confirmed to be a ‘Shia Muslim’.

TMV, which has shared footage of the murdered boy’s funeral on its website, claims he was murdered in broad daylight in the city of Medina in Saudi Arabia last Thursday.

On the contrary, the broadcaster reports: “Saudi Arabia officials said the taxi driver has some mental health issues” and this may be the reason behind the daylight horror.

Nonetheless, the locals claimed it was an “act of sectarianism just because the boy comes from a Shia Muslim background”.

Multiple sources close to the family alleged that ‘Zakaria Al-Jaber’ was in a taxi to pay a visit to the shrine of Prophet Muhammad in Medina, a city in Saudi Arabia.

Nonetheless, the taxi driver pulled over the car all of a sudden and then “forced the boy out near a coffee shop in the Al-Tilal neighbourhood”, TMV adds.

It is alleged that the driver has smashed a glass bottle to get a sharp glass piece, after which he then used to slit the boy’s throat, and then stab him.

Everything happened in front of screaming mother who tried her best to stop the driver from assaulting her child but it was of no avail as she collapsed on the street.

Passers-by told TMV that a cop who was put on duty nearby also tried his best to stop the man from smashing the boy, but he was not able to save the child.

The cop managed to keep the driver under his control until other officers arrived.

Shia Rights Watch, while talking to the reporters at the press conference regarding the six-year-old boy’s death, said that the “unidentified man” had asked the mother whether she was ‘Shia’ when they arrived at the ‘shrine’, and “the woman said ‘yes’.”

Activists notified the advocacy group, headquartered in Washington D.C., that “minutes after this conversation”, the child was dragged away from her and assaulted with a broken piece of glass, in what was an extreme horror in broad daylight.

The group said, “Witnesses report the child was beheaded from behind his head as his mother watched and screamed.

“There was no intervention from anyone and no response from authority thus far.”

Shia Rights Watch said the Saudi Shia community “came together in mourning and to show solidarity with the parents”.

“The community also reported this incident is a result of ongoing violations and lack of protection by the Saudi authority toward its Shia population.”

The group opened up that Saudi Shia “have been under a military crackdown by their government and many Shia activitists are in prisons and [sentenced to] death”.

It added, “SRW, other human rights NGOs and activists have long advocated for the rights of this minority through campaigns, UN and other entities.”

“However the population still suffers because of the lack of international commitment to end such violations.”

“The beheading of a young child in such manner must be addressed as soon as possible.”

(With inputs from The Sun) 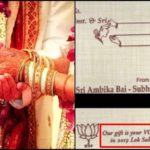 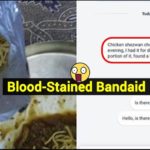