It seems that one of the Modi supporters is giving absolutely everything to make sure that PM Modi wins again in the upcoming elections. The supporter by the name of Subash Rao Kishan Rao Yande used the wedding invitation card of his son as a marketing ploy to campaign for Prime Minister Narendra Modi’s re-election in the Lok Sabha elections which is to be held this year.

The 68-year-old Subash has expressed his interest in the form of asking votes for Modi rather than giving wedding gifts to the couple. Subash is desperate that he wants the BJP is voted to power and that Narendra Modi should lead the country once again! “Voting to get Modi to power itself is a gift for the couple,” Subhash Rao who is a retired electrical contractor told TOI. He has also invited several people for the wedding of his son Mukesh who is going to start new innings with Anusha on February 21.

Small details make a big difference and Modi supporters have come up with a catchy tagline to impress the netizens. The caption says, “Our gift is your Vote for Modi in the 2019 Lok Sabha election,” reads the message on the wedding invitation card cover. 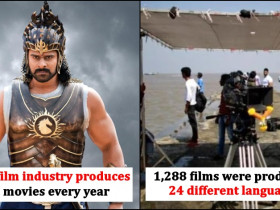 Celebrities who made honest statements on kissing their co-stars