Sushant Case: Sooraj Pancholi deletes all Instagram posts except this one, check out what he said - The Youth

In a shocking development, actor Sooraj Pancholi has upset his fans by deactivating his Instagram account. He took this decision after his name was linked to the deaths of actor Sushant Singh Rajput and his one-time manager, Disha Salian.

Bollywood promising actor Sushant Singh Rajput committed suicide on June 14. His unexpected death by suicide took the entire nation by shock. Though the reason behind his death is still unclear, the whole nation has been indicting nepotism for the death of this extremely talented actor.

However, Sooraj and his family have refuted all allegations levelled against him and have also filed a police complaint in this regard. He has said that he never met Disha Salian.

Taking to Instagram stories, Sooraj wrote, “See you Instagram! Hopefully will see you someday when the world is a better place. I need to breathe #Suffocated.” The actor has also deleted all his pictures except one, which he posted in November 2018 on the occasion of his birthday.

Sooraj said that the recent came as a shock to his mother. He said, “My mother thinks that I’m going to harm myself. And she has spoken to me a couple of times. Even after Sushant’s death, she spoke to me saying, ‘Sooraj, whatever it is, if there’s anything in your heart please come and talk to us. Don’t be quiet.’ I’m not a very talkative person when it comes to my problems. I don’t discuss with my family because I know they’re stressed because of me.”

On Friday, Sooraj’s father, Adiya Pancholi, also commented about the situation. In an interview to Aaj Tak he said, “One foolish guy posted and all this major media picked it up and made it into an issue. This is not fair. Everyone has to be responsible, we had to go through so much pain.” He added, “I am not on social media but they are trolling Sooraj that he is a ‘murderer’. This is the reason he had to turn his comments off. What is this?”

It has been alleged that Sooraj was familiar with Disha Salian and he threw a party on the night before Sushant’s death. However, Sooraj and his mother, Zarina Wahab, both have dismissed the allegations.

An earlier report stated that Sooraj Pancholi and Sushant Singh Rajput were once engaged in a heated argument. Following that, Salman Khan made a call to Sushant and threatened him at the behest of Sooraj Pancholi. 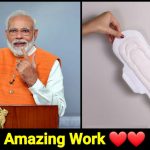 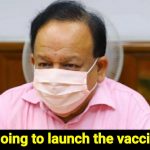