Malayalam actress Priya Prakash Varrier, who became an overnight sensation after a video of her debut film ‘Oru Adaar Love’ stoke the spotlight when we all saw her wink. The media gave non-stop coverage about the wink scene as the video instantly spread like wildfire on social media where she became a popular star even before her film hit the screens.

With just a ‘wink’ she not only won a million hearts but also gained a huge fan following all across India. Her infectious wink won her millions of followers on social media platforms and many filmmakers cashed in on her popularity by approaching her for their movies.

Nonetheless, now, the Malayalam actress has upset her fans by deactivating her Instagram account which had around 7.2 million followers.

While there are several widespread speculations that the actress quit Instagram due to the increasing online abuse and trolls, a reliable source highlighted that she did it for no specific reason. The actress apparently decided to take a temporary break from social media and she will be back when she feels like.

Priya Varrier’s immediate decision to quit Instagram didn’t go down well with her fans. Nonetheless, her other social media accounts (TikTok and Facebook) are still quite active and people are hoping to get updates from her through it.

In fact, she was one of the fastest Indian celebrities to reach one million followers on Instagram a few years ago.

Talking about her professional front, the actress is waiting for the release of her long-delayed Bollywood film identified as Sridevi Bungalow. The movie is directed by Prasanth Mambully and also features Arbaaz Khan.

The film made the headlines after Sridevi’s husband Boney Kapoor slammed a legal notice on the makers of the film and also demanded that they change the title and plot of the film. 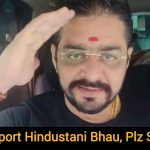 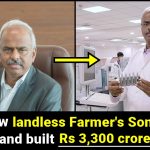