Instagram bans Bhau for being abusive, users ask "The same abuses used in web serieses, and are promoted on your platforms" - The Youth

Former ‘Bigg Boss’ contestant and social media influencer Hindustani Bhau’s Instagram account has been suspended for his hateful content. Many users had been reporting his hateful and abusive posts, which eventually led to his account being taken down.

Hindustani Bhau is also known as Vikas Fhatak who is today a social media influencer. Bhau is a popular Indian YouTuber whose number of subscribers is in millions.

Hindustani Bhau has carved out a reputation for himself as a rising star on social media. Bhau lives in Mumbai, Maharashtra with his parents, wife and son Aditya.

Bhau came into limelight when he uploaded a video against anti-national people which went viral on social media. In the video, he hurled abuses at anti-national people. In the video, he used slang words, but people like and enjoy his videos very much. His great dialog is “Nikal la*de! Pahli fursat se nikal”. His aim to shoot this type of videos is that he wants to give a reply to those people who hurl abuses at India.

Hindustani Bhau has previously been criticised for his violent, abusive and problematic videos on social media. Comedian Kunal Kamra had also objected to hateful videos posted by Hindustani Bhau. He further asked Mumbai Police and Home Minister of Maharashtra to take action against Hindustani Bhau for posting controversial videos. He had tweeted, “Calling for open violence is a crime. This is a mob building & hate spreading excercise. This is deeply alarming. Could lead to violence & an artist not getting due process. Remarks like “System side main” are an insult to our constitution…” 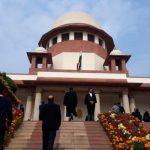 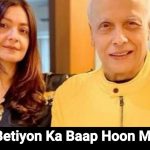