Old videos and photos of the late actor are being circulated widely on social media. The untimely death of Sushant Singh came as a shock to many, including Bollywood actress Kriti Sanon. Kriti was shocked after hearing the news of Sushant’s demise.

Now, Kriti Sanon has shared memorable moments with Sushant Singh Rajput which are becoming quite viral on the internet at the moment.

Sanon is quite active on social media and loves to express herself with the fans through regular posts. She had spent a great time with the late actor.

While sharing unforgettable moments, the actress wrote, “Sush.. I knew that your brilliant mind was your best friend and your worst enemy.. but it has broken me completely to know that you had a moment in your life where Dying felt easier or better than Living. I so wish you had people around you to get you pass THAT moment, i wish you hadn’t pushed the ones who loved you away.. i wish i could have fixed that something which was broken inside you..I couldn’t.”.

Kriti Sanon had gone to attend Sushant’s funeral. She expressed her feelings for late Sushant on social media and mentioned in the post that the death news has broken her completely and a part of her heart has gone with him as she had spent beautiful moments with Rajput.

Kriti Sanon and Sushant Singh Rajput had starred together in Raabta which released in 2017. Kriti shared a series of pictures with Sushant which will certainly bring tears in your eyes.

She further wrote, “I wish so so many things….A part of my heart has gone with you. and a part will always keep you alive.. Never stopped praying for your happiness and never will”.

Once Kriti Sanon appeared on Koffee with Karan where she was asked to rate actors on the basis of their talent, she had placed Sushant on the top, to be followed by Varun Dhawan, Kartik Aaryan, Ayushmann Khurrana and Tiger Shroff.

Now, Sushant Singh Rajput’s death case has finally been handed over to the CBI after Mumbai police failed completely to crack the case. Watch the video below…. 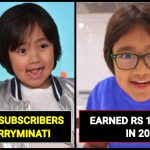 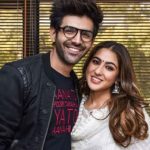