Usually, 9-year-old kids probably play video or PC games, assemble toy bricks, solve some puzzles, watch cartoons and so on. In an age where kids play with toys, this 9-year-old elementary school kid, Ryan is making millions in revenue in a year from his YouTube account, according to Forbes.

Ryan the 9-year-old “host” of Ryan ToysReview, a famous toy-review channel on YouTube, jumped from No. 8 to No. 1 on Forbes’ annual list of YouTube stars who are earning the most money.

Ryan ToysReview has a massive fan-following with as many as 26.3 million subscribers. Today, the nine-year-old was the highest-paid YouTube star in the world last year.

CarryMinati is the famous YouTuber in India with most subscribers. proud owner of the YouTube diamond play button. He is known as CarryMinati and his original name is Ajey Nagar. The life story of YouTuber CarryMinati is interested as he started making videos when he was just 8 years old as this had been his passion since he was a small kid. 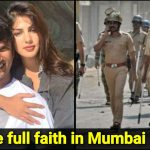 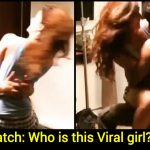