Sushant’s family, dissatisfied with the manner the Mumbai Police was handling the matter filed an FIR in Bihar, hoping that the Bihar Police would conduct the investigation in a more transparent manner. However, their hopes were shattered with petitions being filed in the Supreme Court by both Sushant’s girlfriend Rhea Chakraborty and the Maharashtra Government.

Netizens also alleged that the Maharashtra Government did not want the Bihar Police to intervene because they had something to hide. It is also alleged that he Maharashtra Government also adopted several stalling techniques to delay the involvement of the Bihar Police, such as forcefully quarantine the IPS officer assigned by the Bihar Government (although they did not quarantine other police officers from Bihar who has reached just a few days before the said IPS officer).

Representing the Central Government in the plea filed by Rhea Chakraborty, Solicitor General Tushar Mehta informed the Supreme Court about the central government’s decision. The Central Government has finally accepted the request for a CBI investigation. The CBI is expected to take over case within a few days from the Mumbai Police.

Meanwhile, today’s hearing also came as a massive blow to Sushant’s girlfriend Rhea Chakraborty. In her plea, Rhea had requested the Supreme Court to quash the investigation against her in the case. The Supreme Court however refused and said that the allegations against Rhea were profoundly serious and had to be investigated at any cost.

The fans of Sushant just want a fair trial and the truth to emerge. Looking at several tweets by Sushant’s fans, the general message they convey is that since the Maharashtra Government has several undeniable links to Bollywood, and the Mumbai Police too comes under the Maharashtra Government, there is an unquestionable conflict of interest here, which could possibly hamper a fair investigation. 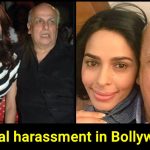 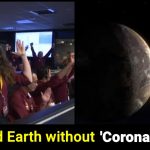