Bollywood promising actor Sushant Singh Rajput is no more with us. His untimely demise left everyone in shock, including his co-actress and ex-girlfriend Ankita Lokhande.

The 34-year-old actor died by suicide on June 14 at his Bandra residence. It has been more than 50 days since Sushant Singh Rajput left for his heavenly abode but the pain in fans’ hearts is very much the same. Ever since his death, we would often come across Twitter hashtags by angry fans, asking justice for the late actor and pressurising the government into launching a CBI interference.

Now, it has been alleged that Ankita Lokhande’s house EMIs were deducted from late actor Sushant Singh Rajput’s bank account. However soon, Ankita refuted all allegations levelled against her and shared the flat registration document and her one year bank statement on her Instagram which clearly shows that there was no transaction between Sushant Singh Rajput and Ankita’s bank account.

Taking to Instagram, actress Ankita shared the images and wrote, “Here i cease all the speculations. As transparent as I could be. My Flat’s Registration as well as my Bank Statement’s(01/01/19 to 01/03/20)highlighting the emi’s being deducted from my account on monthly basis.There is nothing more I have to say #justiceforssr”.

On the other hand, renowned actor Salman Khan has once again hit the headlines for launching COVID-19 face masks amid the pandemic. Recently, he shared a picture of him wearing a face mask which went viral on social media.

However, his post did not go down well with social media users, who trolled Salman for acting or posing. Soon, he got harshly trolled over it by the Internet.

Earlier, the debate on nepotism started after Sushant’s demise. There were reports according to which Sushant Singh Rajput was banned by some big production houses including producers such as Karan Johar, Aditya Chopra, Salman Khan, Sanjay Leela Bhansali, etc. 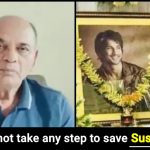 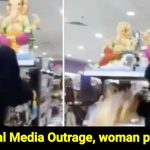