The scope of social media has become so widespread that every news and every video is easily reaching people. Sometimes you get surprised when you come across news on social media. Earlier, a woman gave birth to identical quadruplets.

The birth of identical twins is quite rare, the birth of triplets looking similar are rarer. But what about the birth of quadruplets? It is an extremely rare case scenario which is 1 in 11 million occurrences.

Meanwhile, in the latest development, a 33-year old woman by the name of Stephenie Taylor had fulfilled her wish of giving birth to her second child. She did it just in a matter of few clicks. It all transpired when the woman stumbled upon a baby app, which she used to order some sperm.

After that, she turned to eBay to order an insemination kit. In fact, she also learnt how to use it through YouTube tutorials. She conceived on the first try and then gave birth to baby Eden. She described it as a “miracle” and a “real online baby”.

The woman was absolutely livid when she came to know how much private fertility clinics cost. For a moment. she had thought she would have to stop her plans of having a second child. She said, “If I didn’t have access to all that electronically then she wouldn’t be here. But I’m over the moon to be a mum again and I’m proud of the way she came into the world.”

Stephenie already has a son Frankie, who turns 5 years old next month with an ex-partner. However, she didn’t want him to be an only child. Stephenie wanted another child. So, she found a family-orientated man (no serious illness) ideally with similar features to her so their child would exactly like Frankie.

Luckily, she found her match within a day. After messaging for 3 weeks, he dropped off his sperm at her house in January 2020. She added: “He was nice, warm and friendly and we had a cup of tea and chatted about the weather.

“She used the sample to inseminate herself and two weeks later found out she was pregnant. Her mum and sister were delighted but Stephenie said it took her dad a while to get on board but now thinks it was a “brilliant decision.” The donor, who wants to stay anonymous, said, “She is an amazing person and I’m happy to do it again if she’d like more children in the future.” 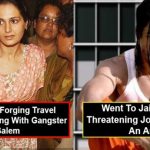 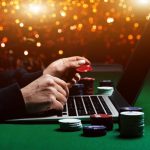