Amid the violent clash between India and China along the border, Australia has come out in India’s support. Australia has said that it has noted India’s efforts to de-escalate the situation with China via talks. Australian High Commissioner to India Barry O’Farrell paid tribute to the 20 Indian soldiers who were martyred in the clashes.

“We note India’s efforts to deescalate at the border and wish to convey our deepest condolences to the families of the Indian soldiers who have lost their lives. As a father of a serving military officer, I greatly value the sacrifice that our soldiers make in the defence of our countries,” said O’Farrell.

The China-Australian relationship is at an all-time low. It all started when Australia demanded an independent investigation into the origins of the coronavirus. On this, China threatened Australia with new economic sanctions if it comes out in support of the United States over the investigation of the origin of coronavirus.

O’Farrell said that India is constantly making efforts to normalize the situation with China in Galwan valley. He also said that Australia stands with India over border tension with China.

On 4 June, India and Australia signed two bilateral military agreements to get access to each other’s military bases. The deals were made with a view to countering China.

As per news agency ANI, 43 soldiers of the People’s Liberation Army (PLA) were also killed in an escalated scuffle with Indian soldiers.

It is to be noted that this is the first deadly confrontation between the two Asian giants since 1975 in which Beijing has reportedly suffered a huge loss. 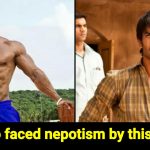 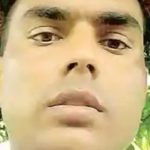