Every youth dreams to achieve his or her goal. Right since their childhood, they do an observation of the surroundings and they understand them. Soon many of them possess big dreams. Some fulfil them; others measurably fail in their journey.

As they say, dreams are meant to be seen, later to be materialized. Not everyone, of course, succeeds in their mission. The story in this article is attributed to Swati Choubey, who went through heaps of hurdles, and eventually materialized what she had once dreamt and who didn’t give up on her dreams.

As you read above, in this write-up, we will discuss the life story of Swati Choubey, who started getting overweight when she was in class 5th. She was quite cute when she was 10 years old. As she gained weight, her friends began to ridicule her for virtually no rhyme or reason.

Swati says, she spent her childhood in Narshinghgarh of Madhya Pradesh. It was the most blissful phase in her life. But her blissful life was badly affected when she started putting up weight, owing to thyroid. She was discriminated against, on the grounds of her physical appearance.

As time went by, she began to lose confidence and reside in low esteem. Nothing was really working in favour of Swati.

After completion of school, she was unsure of her further studies. She had no idea what course she ought to pursue in college. She took a drop to introspect and eventually arrived at a conclusion that she would pursue her diploma in tourism.

“Interestingly, I felt happy learning about new places and cultures. As I was still confused about my future, I decided to take a drop to make intelligent choices for myself. My year of introspection led me to the conclusion that I will pursue my future conduct in the field of tourism.” Says Swati in an interview with The Youth.

She believes the first time in her life she took the right decision with full alacrity. None of her family members had any clue about the tourism industry. However, she had made a firm decision about her further study. She moved to Bangalore for an MBA degree in the same field.

After post-graduation, she wished to start up her own business in the tourism industry, but she failed, owing to lack of support and proper guidance. So started a corporate job as an overseas coordinator for European countries in CML.

She switched jobs and became assistant manager at Uniglobe Travels. She took a team of 28 members of the Pepsi group on Thailand’s tour. But she has finally started her own travel projects. She has travelled around 40 major cities in India and wants to travel the whole world. We wish her all the best for her future. 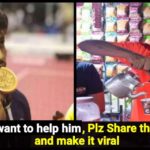