At least 20 Indian soldiers, including a colonel, were martyred during a violent clash with Chinese troops in eastern Ladakh’s Galwan Valley on Monday night. Following this, there is a nationwide outrage over the death of 20 Indian soldiers.

Meanwhile, Congress workers have thronged the streets in Indore to protest against China over the clashes at LAC in Ladakh. They shouted anti-China slogans and burnt Chinese flags in front of Devi Ahilya Vishwavidyalaya.

Earlier a statement was made by the army that one Indian Army officer and two jawans were killed in action. However, by late Tuesday evening, the Indian Army updated the figure to 20, saying that 17 others who sustained injuries during the clash had succumbed to death.

People are now expressing anger over the violent clash in Ladakh’s Galwan Valley. They are calling for a boycott of Chinese products across the nation. #BoycottChineseProducts trends on social media, which goes to show that Indians don’t like China and its products. It is to be noted that Beijing is one of the biggest trading partners of India and it exports right from mobile phones to cosmetics.

“India and China have been discussing through military and diplomatic channels the de-escalation of the situation in the border area in Eastern Ladakh,” said India’s External Affairs Ministry spokesman Anurag Srivastava.

He went on to say, “Both sides suffered casualties that could have been avoided had the agreement at the higher level been scrupulously followed by the Chinese side”.

“Given its responsible approach to border management, India is very clear that all its activities are always within the Indian side of the LAC. We expect the same of the Chinese side. We remain firmly convinced of the need for the maintenance of peace and tranquility in the border areas and the resolution of differences through dialogue. At the same time, we are also strongly committed to ensuring India’s sovereignty and territorial integrity,” he added.

Prime Minister Narendra Modi, on the other hand, has given a free hand to the Indian Army in the Ladakh region to safeguard the sovereignty and integrity of Indian borders. The decision was taken in the aftermath of the violent clash which led 20 Indian soldiers dead.

It is to be noted that this is the first deadly confrontation between the two Asian giants since 1975 in which China has reportedly suffered a huge loss. As per news agency ANI, 43 soldiers of the People’s Liberation Army (PLA) were killed in an escalated scuffle with Indian soldiers. 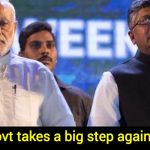 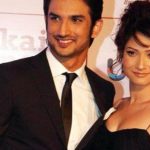