The shocking incident happened on Sunday. His death by suicide was because he was going through mental bouts of depression. Though the reason was still unclear, the whole nation has been indicting nepotism for the death of this extremely talented actor.

Several hashtags such as #BoycottSalmanKhan, #JusticeForSushantSinghRajput, #BoycottStarKids and #BoycottBollywood began to trend on Twitter. A campaign has also been started on change.org in which people have to sign a petition for boycotting the films of KJO, SKF and YRF. Besides this, people of Patna from where Sushant Singh Rajput belonged have burnt effigies of bigwigs – Karan Johar and Salman Khan. In fact, they have also taken a pledge that they would not allow their movies release in the city.

Meanwhile, Salman Khan has appealed to his fans to support Sushant Singh Rajput’s fans and family and not go by “the language and the curses”.

After Sushant Singh Rajput’s death, many people alleged that the late actor was being discriminated against in the film industry as he didn’t have a godfather and not a “star kid” like Salman Khan or Karan Johar.

The Dabangg actor on Saturday tweeted, “A request to all my fans to stand with Sushant`s fans and not to go by the language and the curses used but to go with the emotion behind it. Pls support n stand by his family n fans as the loss of a loved one is extremely painful.”

Earlier, Salman Khan mourned Sushant’s death as he had tweeted: “U will be missed … #RIPSushant” 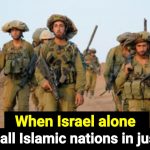 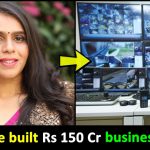