In a barbaric act, a policeman allegedly inserted a key into the forehead of a man after an argument over not wearing a helmet. The shocking incident took place in Rudrapur area of Uttarakhand where the victim was beaten for not wearing a helmet while riding a bike, leaving him injured.

The incident became known on Monday after people gathered at the spot and protested, demanding action against the policemen. In the wake of strong protests, DG (Law and Order) Ashok Kumar said three police personnel, including a sub-inspector, have been suspended with immediate action in connection with the incident.

It all started when Dipak, a resident of Rampura area, along with his friend Prem Prakash had gone to a petrol pump on his motorcycle at around 8 pm. The police personnel then intercepted them at Indira Chowk for not wearing a helmet.

Soon, an argument broke out between Deepak and policemen which led to conflict. A policeman pulled out the key of the motorcycle and jabbed its tapering end in Deepak’s forehead.

As the news spread around, a massive crowd gathered at the spot and held protests against Police officers. The mob was pacified after the intervention of senior police officials and local MLA Rajkumar Thakral. 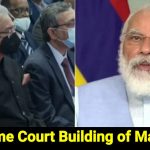 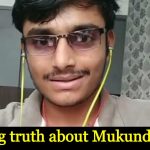