In a recent incident, a 32-year-old man in West Bengal’s Howrah was allegedly beaten up by the police during the nationwide lockdown for breaking lockdown guidelines. He later lost his life after thrashing.

The deceased was identified as Lal Swami who died after suffering a cardiac arrest, according to officials. The family of the deceased, on the other hand, alleged that he was smashed to death by the police when he went to buy milk. The incident took place in Sankrail town’s Banipur, Howrah.

It all started when Lal Swami had stepped out of the home to get milk for his family in the evening, his wife claimed. Swami’s wife alleged that her husband was brutally assaulted by the police. He was taken to a local hospital where doctors declared him brought dead.

His family blamed the police for attacking Swami, while the police said that he died of heart attack as he was already suffering from heart ailments.

The Howrah City Police deputy commissioner has rebutted allegations that Lal Swami died of injuries because of the lathicharge.

Everyone is well aware of the fact that India, at the moment, is under complete lockdown. At 8 pm on March 24, Prime Minister Narendra Modi announced a nationwide lockdown for 21 days to prevent the spread of the COVID-19 outbreak.

This incident tells us that we should not violate any rule of country-wide lockdown which has been implemented across the nation. 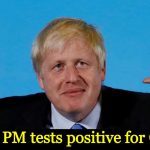 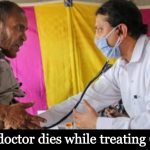