The meeting, which took place at Moldo, just opposite to Chushul, started at 11:30 am (IST), kept going on for about 11 hours, even as arrangements are being made for a diplomatic de-escalation between the countries. The talk was aimed to work out a solution and de-escalate standoff points at the LAC in Ladakh. It was reported that the said talks between Lieutenant General Harinder Singh, the 14 Corps Commander, and his Chinese counterpart, Major General Lin Liu, officer of the South Xinjiang Military District, ensued till around 10:30 pm (IST) Monday. The commanders on either side were accompanied by other high-ranking officers holding on-ground intel.

The talks held at Moldo on the Chinese side of the LAC was the second one at this level since pressures started early May. There has been monstrous activation of troops and capability on the two sides since. Lt Gen Singh is said to have raised the burning issue of the “planned and premeditated activity” by the People’s Liberation Army (PLA), which prompted the bloody clashes and the unfortunate fatalities of army personnel on both sides, in what is the most deadly confrontation between the two neighbors since 1967 which had taken shape in the East Himalayan theatre.

14 Corp commander Lt. Gen Harinder Singh is said to have concentrated and emphasised on de-escalation and disengagement of troops from the icy heights, an agreement which was reached upon by the two commanders earlier this month. A phasal withdrawal of troops from different areas of contention in the Galwan valley had also been agreed upon on the 6th of June.

One of the primary points of focus for India is the ‘Finger Area’ of the Pangong Tso, where the Chinese have concretized their foothold till ‘Finger 4’ from Sirijap Post, which lies past ‘Finger 8’. According to many reports and studies on post Sino Indian war of 1962, India’s view of the LAC is said to lie along Finger 8. The Chinese have drafted an enormous quantity of hardware into the region, while India has likewise sped up its inductive activities to help counter the Chinese aggression such as enlistment of troops, including mountain capable special forces prepared for deep ingress activities. India has moved in more than two division qualities of extra men and gear into Eastern Ladakh, which incorporates big guns and mechanized sections. In the interim, the two sides are said to hold conciliatory talks at the joint secretary level soon to smoothen the strains between the two clashing armies.

The Indian Establishment has as of late changed the Rules of Engagement at the LAC, and has brought in a new set of guidelines that do not prevent personnel from utilizing deadly forces, including guns under exceptional circumstances, to counter the Chinese animosity and aggression. 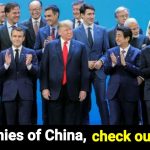 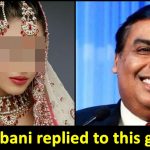