Farmers are the backbone of our society. They are the ones who provide us all the food that we eat. As a result, the entire population of the country depends upon farmers. Be it the smallest or the largest country. Because of them only we are able to live on the planet. Thus Farmers are the most important people in the world.

Meanwhile, a video of an amputee farmer working on his field while using a crutch has surfaced on the internet and is swiftly going viral. Today, we are going to talk about an amputee farmer whose video is widely circulating on social media.

What makes his story even more inspiring is that he has done farming with one leg. This goes to show how he put on a spurt to turn his weakness into a strength. No one would have ever had a thought in mind how one would do farming in the field even after being disabled.

The video that we are talking about was shared by the Indian Forest Service (IFS) officer Madhu Mitha, shows an amputee farming walking in the field with a shovel in one hand and a crutch in the other.

Madhu shared the video with the caption, “No words can do justice to this video. Thank you.” Watch video bellow:

The 35-second video shows how the farmer balances himself on the crutch. In the video, the farmer is seen working with a tool, and then taking a step ahead with the help of the shovel and the crutch to continue with his work.

The farmer knew that he had to come out of his comfort zone if he wanted to survive. It is worth applauding how a disabled farmer remained motivated. He received countless praises from users on social media. It is also worth mentioning that disability could not stop him from doing what he wanted.

The clip became viral as soon as it was shared and was viewed over 248.7k times. It also garnered a lot of comments and retweets. Have a look at some of them: 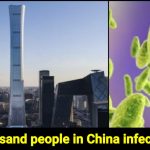 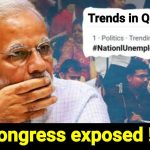