The farming is the basis of a human civilization. The hard lives of farmers and their sacrifices have always inspired philosophers, leaders and statesmen. But sadly, most of the city denizens have least respect for the farmers from the village. Basically, they are not much aware of what it is like to cultivate the land. In contrast to the easy-going life in a town, the constant slogging is the mainstay of any no-nonsense villagers.

Well, harvests are the fruit of their dedicated labor and perseverance. What all produced by the villagers finally come to the town to feed and nourish the urbane population. What if the farmers stop growing the crops? The urbane population will die of hunger. But it is a very sorry state of affairs that the urbanite hardly appreciates the labor of our peasant folks. Therefore, some of us often just become outrageously insensitive to them. We mercilessly bargain and “reduce” the price of their produce brought all the way from the remote village.

Needless to say, this current Covid-19 lockdown has taken a toll on the farmers across the country more than expected. But the saddest thing is that we townies are least bothered about that. Here I would like to share a short anecdote about a farmer from one of the remote villages in a certain state in India.

About two weeks back, amid the lockdown relaxation, a farmer and his son somehow managed to reach a town with just two sacks of green cabbages and some bunches of green coriander. They have not eaten anything since morning. Of course, what difficulty has pushed the father-and-son duo to rush to the town early morning with their harvest certainly has a lot of poignant realities. The son, on my enquiry, disclosed that they are not eating the full meal these days. Because of the shortage of rice, they are often forced to live on mere potatoes and salt.

The shabbily dressed boy of about 11-year old assisted his father in selling the coriander. The father on his part tried to woo customers to buy the cabbage. I purchased three bunches of coriander from the boy though I did not need so many.

The villager’s each sack contained approximately 50 kg of green cabbage. I learned he was expecting the price of Rs 25/- – Rs 30/- per kg. It was already midday; the farmer grew more and more apprehensive and distraught. He was not alone, there were many other farmers who were looking for the buyers. However, at last, one retailer approached that farmer.

The retailer bargained very hard for the cabbage. He offered to buy two sacks of the vegetable only at the paltry amount of Rs 12 per kg. It was like taking undue advantage of the farmer’s vulnerability. Since the farmer had no option and it was getting late, he became compelled to give in. He sold off both the sacks of cabbage to the clever retailer. The crops fetched him only about Rs 1200/-. Just imagine now what he would have done with the crops had he not chanced upon that retailer. The farmer cannot ever think of taking the produce back home. This is the worst Achilles heel of any farmers from a remote village.

I don’t know much about this farmer but what I can gather is he has not received even the minimum “labor cost” for the vegetable. He has been callously exploited.

If we logically estimate his labor cost, the farmer has “suffered a huge loss”. If I am not wrong it must take at least one whole week of two persons’ day-long-labor to produce 100 kg of cabbage in 3 to 4 months. If we consider the one-person’s labor wage per day as meager amount as Rs 150/- then the total labor cost for 100 kg cabbage comes to Rs 2100/-. Here I have not included the cost of the seeds, manure and various risk factors like pests, a storm that might have damaged the farmer’s crops any time.

But the farmer received from the retailer only Rs 1200/- for 100 kg cabbage. This is a pathetic predicament faced regularly by every villager. I see this as a brutal injustice to a naïve villager. I would rather put — it is a travesty of justice and good governance that we have no mechanism in place to protect our humble farmers from being stung by the urban folks. What’s more, the same cabbage at the same time was being sold by the retailers at rupees between 60 to 45 at certain retail junctions in a locality.    Who will address this disparity between the haves and haves-not vis-à-vis socio-economic exploitation? Anyway, how long shall we put the fate of the humble farmers on lockdown? 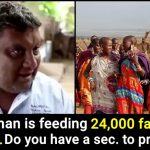 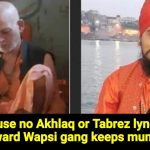