At a time when the novel coronavirus is constantly taking lives across the globe, thousands of people in north-east China have tested positive for a bacterial disease in an outbreak caused by a leak at a biopharmaceutical company last year, authorities said on Tuesday.

The Health Commission of Lanzhou, the capital of Gansu Province, announced that 3,245 people had contracted the disease from brucellosis. The disease is often caused by contact with cattle carrying the brucella bacteria, CNN reported.

Scientists and doctors are working day in day out to discover an effective cure for COVID-19, brucellosis, on the other hand, has infected thousands of people in China. This bacterial disease took the world by a shock. Now, this news is spreading like wildfire, causing panic across China and around the world.

This outbreak is said to have begun from a leak at the Zhongmu Lanzhou biological pharmaceutical factory, which occurred between late July to late August last year, according to the city’s Health Commission.

Another 1,1401 people have also tested positive of the disease but no fatalities have been reported yet, the city’s Health Commission said. The United States’ Centers for Disease Control and Prevention (CDC) said that a person can suffer from headaches, muscle pain, fever and fatigue due to brucellosis.

There is good news for people that this disease does not spread from one person to another, according to the Centers for Disease Control and Prevention (CDC). CDC has confirmed that human transmission is not possible with this disease.

It cannot spread via air. No need to panic about the disease as it is not as dangerous as COVID-19. Soon after the outbreak, provincial and municipal authorities launched an investigation into the factory leak, according to the Lanzhou Health Commission. In January, authorities cancelled vaccine production licenses for the plant and removed product approval numbers for its two brucellosis vaccines.

A total of seven veterinary pharmaceutical approval numbers have also been revoked at the plant. In February, the factory issued a public apology and said it had “severely punished” eight people who were determined to be responsible for the incident, she added.

COVID-19 has already created an atmosphere of fear in the world. The whole world is in a state of shock after the novel coronavirus pandemic impacted lakhs of people’s lives. By far, over 9.5 lakh people have passed away linked to coronavirus and over 30 million people were affected by the virus infection. Thankfully, over 20.5 million people have recovered from the deadly outbreak. 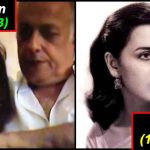 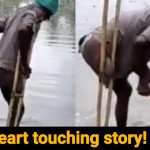