After the violent clash between India and China in eastern Ladakh’s Galwan Valley, tension has risen between India and China over the Line of Actual Control (LAC). At least 20 Indian soldiers, including a colonel, were martyred in the “violent face-off” with Chinese troops. Following the violent clash, two powerful countries in Asia are engaged in increasing the deployment of troops along the LAC border.

20 Indian soldiers, who attained martyrdom in a face-off with China, were from Bihar Regiment. They fought for the nation with grit and determination and killed 43 Chinese troops. The valour and sacrifice of Indian troops during the clash will remain etched in every Indian’s memory.

The talks were already going on between the two-nation to de-escalate matters on the Line of Actual Control. The violent clash took place on 15 June 2020 When Indian security forces including the 16 Bihar Regiment were sent to ensure that the post was removed by the Chinese troops.

After the talks, it was decided that the Chinese Army will pull back its troops from the Galwan valley. Following which, the Indian patrol asked the Chinese army to vacate the place, but the Chinese refused to go away from there.

This was when the Indian troops with around 50 people and 16 Bihar Commanding Officer Colonel Santosh Babu in the lead, went on to tell the Chinese to go back further in their territory as they were on Indian soil. Meanwhile, by the time the first Indian patrol returned from the site, the Chinese had called for reinforcements from their rear positions in the Galwan river valley who came with around 300-350 people.

As the Indian patrol reached, the sources said, the Chinese had accumulated iron rods, stones and weapons and were ready to attack the Indian troops.

The first attack from Chinese was on the 16 Bihar CO and Havildar Palani. After the CO went down, the Biharis lost control and started attacking the Chinese ferociously despite being heavily outnumbered and stones raining from the higher ground.

The fight lasted over three hours till late in the night in which 43 Chinese troops were reportedly either dead or injured seriously. A total of around 100 Bihar regiment soldiers fought against 350 Chinese troops. Eventually, the Bihari troops uprooted their tents and removed the Chinese post from there.

Bihar regiment soldiers are the pride of the nation who will keep on inspiring all of us forever. Their valour will be eternally etched in the memory of the nation. They will be remembered for their bravery by generations. 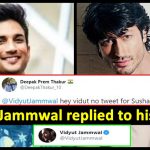 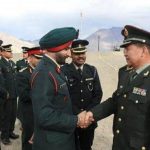