Meanwhile, the BJP MP from Ladakh Jamyang Tsering Namgyal has exposed the real face of Congress. Namgyal has released an audio conversation allegedly between Congress’ Kargil Councillor Zakir Hussain and his aide.

The audio has gone viral on social media like wildfire in which Zakir Hussain is heard making anti-India statements. In the viral audio shared by Times Now, the Congress Councillor Zakir Hussain during his private conversation with a friend speaks about the 15 June India-China face-off in the Galwan valley in which 20 Indian soldiers were martyred. In the audio, he can be clearly heard praising the Chinese forces and berating the Indian Army. lauding the Chinese Army, he said that China would break Ladakh into 1000 pieces.

“These Chinese people have outsmarted our Indian troops and gone in Galwan. They (Indian soldiers) had weapons and they did not fire,” says the voice allegedly belonging to Hussain. When his alleged aide asks what will happen next, he adds, “Nothing is going to happen there, half of the part should be taken away by China. Ladakh should be broken into 1000 pieces and we will get back Article 370.” Continuing on the pro-China vein, he allegedly adds, “China’s foreign minister claims that he will free Ladakh soon from India and Kashmir will be sold to Pakistan”.

In his conversation with his friend the Congress councillor furthers that “Modi kept shouting surgical strikes and China “captured” the Indian territory”. Making false statements, Zakir Hussain tells his friend that China has captured 135 km of Indian territory. The Congress leader made fun of Indian Army by saying that 222 Indian Army personnel had died while the Chinese side did not suffer any casualties. Congress leader praises Chinese forces and wants to give away Leh to China.

After the audio went viral, an FIR has been filed against the Kargil councillor. Meanwhile, BJP slammed Congress for betraying the nation and backing China in this tough time. Congress leader Zakir Hussain has been arrested in this case.

Namgyal asked why Congress was not taking any action against the councillor who openly glorifies China and berates the Indian Army. he also slammed the Congress party terming it the ‘Real face of traitor & anti-national ideology’. 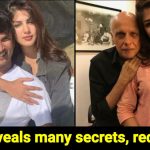 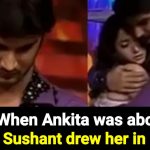