Bihar: 70yr old Hindu woman killed by Members of a certain religion over a PM Modi's call - The Youth

In a heart-rending incident, a 70-year-old Hindu woman was killed by neighbours after an argument over PM Modi’s call to light lamp or candle to defeat Coronavirus pandemic.

The victim was identified as Kaili Devi who seemed to be happy with the initiative made by Modi. She was all set to celebrate Prakash Parv to display that India is united in its fight against COVID-19 outbreak. But who knew that her neighbours would brutally attack her.

The incident took place at around 9 pm on 5th April (Sunday) in Bihar’s Madhubani district between a Hindu and Muslim families, allegedly over PM Modi’s initiative to switch off lights and light a lamp or candle to show solidarity in the time of crisis. The argument led to the murder of an elderly Hindu woman.

The accused have been identified as Sulaiman Nadaf, Khalil Nadaf, Malil Nadaf, Jalil Nadaf etc, who strangulated the woman. Murderers are now absconding. Although police have launched a search operation in connection with the case, the culprits are yet to be arrested.

The deceased’s son Surendra Mandal has filed an FIR for murder against all the accused. Rahika SHO Rahul Kumar confirmed that “The accused are absconding. A case under Section 302 has been lodged against the criminals on the statement of the deceased’s son. The body was handed over to the family after postmortem,” adding that a dispute over switching off the lights between two neighbours led to the incident.

This incident has triggered anger and rage among Hindus in the area. The locals have demanded justice and a compensation of Rs 10 lakh from the administration for the deceased’s family at an expeditious level. They have also demanded the death penalty for the criminals.

The area has been cordoned off following the murder and search operation has been launched. Several policemen have been deployed in the area to avoid communal tension after the incident.

It has been learnt that Surendra Mandal requested his two Muslim neighbours to turn off the lights of their houses and come together to fight against COVID-19 following PM Modi’s call. But the neighbours were in no mood to support PM Modi’s move and kept the lights on.

Mandal again urged them to respect PM Modi’s appeal and switch off the lights, which later led to an argument between the families. Suddenly the accused barged into Surandra Mandal’s house and strangulated his mother, Kaili Devi, to death. The victim was rushed to the hospital where the doctors declared her brought dead. 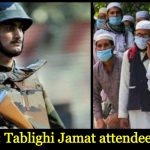 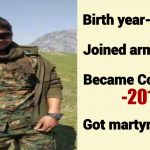