At an age when people love to spend time on the bed, 104-year-old Indian athlete Mann Kaur has made the nation proud by winning Gold for India. Let’s take a moment to appreciate Mann Kaur for her great achievement.

Hailing from Patiala in Punjab, the 104-year-old Sikh woman had won gold for India at the World Masters Athletics Championship held in Malaga, Spain.

Mann Kaur said, “I have come to meet my son and bless him”. Kaur has been honoured with the ‘Nari Shakti Puraskar’ at the International Women’s Day. She is an Indian track-and-field athlete and has stunned the world by running at this age.

Man Kaur made the country proud by winning the 200m race in the 100-104 age group category not once but for the second time. She won the gold by winning the race in just 3 minutes and 14.65 seconds. Kaur is the oldest women athlete in India to clinch this title. She has proved that age is just a number!

President Ram Nath Kovind awarded the ‘Nari Shakti Puraskar’ to Indian athlete Mann Kaur on the occasion of International Women’s Day. Nari Shakti Puraskar is India’s highest civilian award for recognising the achievements and contributions of women. It is given by the President of India every year on 8 March, International Women’s Day at Rashtrapati Bhavan in New Delhi.

Kaur was very excited and happy when she was honored by the President. There was also a smile on everyone’s face presented there. It was like a dream come true for her.

Recently, PM Modi launched the “SheInspiresUs” campaign on 3 March with the objective of encouraging women. “This Women’s Day, I will give away my social media accounts to women whose life & work inspire us. This will help them ignite motivation in millions. Are you such a woman or do you know such inspiring women? Share such stories using #SheInspiresUs,” PM Modi tweeted.

Under this campaign, seven women were selected from different regions, economic and social strata of the country. The video of these seven women is circulating on social media like wildfire.

“Greetings on International Women’s Day! We salute the spirit and accomplishments of our Nari Shakti. As I’d said a few days ago, I’m signing off. Through the day, seven women achievers will share their life journeys and perhaps interact with you through my social media accounts,” Modi tweeted from his personal @narendramodi handle in the morning.

“India has outstanding women achievers in all parts of the nation. These women have done great work in a wide range of sectors. Their struggles and aspirations motivate millions. Let us keep celebrating the achievements of such women and learning from them,” the PM tweeted with hashtag “She Inspires Us”.

Popularly known as the ‘Miracle from Chandigarh’, Mann Kaur hogged the limelight when she won gold at the World Master Championships in the USA in 2011 in the 100m and 200m event respectively. 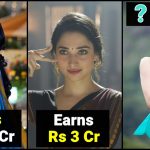