In most places in India, only men are tasked with prime responsibilities to run the family as they were considered as the sole breadwinners and you don’t often see many women going to offices as they are forced to sit at home and do household chores. On the contrary, men go to offices, stress a lot and work without seeing clock needles to earn wages either daily, weekly or on a monthly basis.

Aishwarya Pissay had 2 major accidents and underwent surgery for months, now she became the first Indian to win a World Title in Motorsports

Case in point, Motorsports was best suited for men however, Bengaluru-based woman biker Aishwarya Pissay broke gender stereotypes as she became the first Indian in history of motorsports to win a world title.

“I have had two major accidents. One in which I hurt my collar bone in 2017, then I had a bad fall and ruptured my pancreas in 2018. I underwent surgery and was in the hospital for two months. There was not a single day in the hospital that I thought I would not be able to race again. That incident taught me the importance of never giving up,” she recalled.

Yes, you read it right! Woman biker is bossing the competition and also drifted her way to win several awards which she really deserved. She has been holding the podium position with the boys and is also the 3rd fastest among the men in the KTM 390 class in India.

For the unversed, Motorcycle drag racing involves two contestants lining up at a dragstrip with a signalled starting line. The rider to reach the finish line first is declared the winner.

Motorcycle drag racing might not have a significant fan-following in India but people like Samantha D’souza has set a great example for other women to follow suit. The highlight of her is that she is only Indian Female to ride any short stripped drag bikes like the Malaysia bikes which are being used for drag racing. 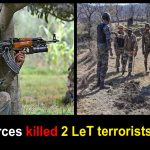 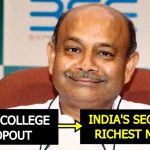