Stoning is a method of capital punishment where a group hurls stones at a person until s/he dies from trauma. This method has been attested as a form of punishment for grave misdeeds since ancient times.

However, its adoption in some legal systems has sparked a massive controversy in recent decades. The fact that the angry mob would stone a woman to death for any reason at all is indeed horrible.

Recently, a shocking video surfaced on the Internet took everyone by shock. The video which is doing the rounds on social media shows an Afghan woman being stoned to death by a furious mob. Some activists even claim that it involves the Taliban.

The heart-wrenching video also shows the woman shouting and screaming in pain while heart-less men ruthlessly pelt stones on her in broad daylight.

As per Daily Mail, a spokesman for Afghanistan’s president identified as Ashraf Ghani pointed the finger at the Taliban, criticising the militant group for ‘cruelty and atrocity’.

The Taliban also apparently claims that the footage is old, from 2015. However, the rights group activists are not convinced.

The case is currently being investigated by the Independent Human Rights Commission. The Commission added that it was trying to find out when the video was taken and the reason the woman was killed.

As per Afghan activist, Laila Haidari, the Taliban stoned the woman a few days ago in Ghor province. “The intensity of their violence and what they can do against women in the absence of law and order is clearly visible,” Daily Mail quoted her as saying.

The woman can be heard screaming in pain and crying in the video as the mob shouts, “hit her” “Allahu Akbar”. It has been said that the case is still under investigation. 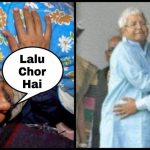 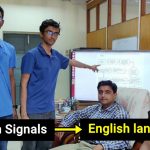