Two Lashkar-e-Taiba (LeT) terrorists have been gunned down in an encounter with security forces in Jammu and Kashmir’s Anantnag.

The encounter took place in the Sangam area of Bijbehara in south Kashmir, a police official said.

Terrorists were identified as Naveed Bhat alias Furkan and Aaqib Yaseen Bhat, both affiliated with the LeT.

According to police, Security forces received information about the presence of terrorists late night and soon the troops launched a cordon and search operation in the area of Anantnag district of Jammu and Kashmir and the gunfight broke out between the terrorists and security forces in which two terrorists were killed.

Weapons including an AK-47 rifle, a pistol, and ammunition were recovered from the site of the encounter, a police official said.

J&K police chief Dilbag Singh said that as forces approached towards the suspected spot, the hiding militants opened fire at soldiers and the security forces gunned down two terrorists in retaliation.

“They were involved in several terror activities,” he said while speaking to the media.

The latest encounter comes just three days after three militants affiliated with Hizb-ul-Mujahideen outfit were killed in a similar gun-battle with security forces in Tral area of southern Pulwama district.

The police chief said that the number of militants in Kashmir has decreased to less than 250, while 25 terrorists have been killed so far in 2020. “More than 40 over-ground-workers of terrorists have also been arrested during the period,” he added.

Ever since Article 370 was abrogated on August 5, which granted special status to the former state of Jammu and Kashmir, around 44 militants have been killed so far. 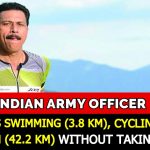 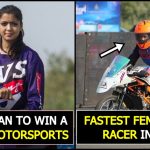