The terrorist was trapped in a joint operation of Jammu and Kashmir police and the army in Tantana area of Doda district. Haroon is said to be involved in the killing of RSS leader Chandrakant Sharma. Security forces got a tip-off about the presence of the terrorist in the area and they cordoned off the area. Terrorists started open firing on security forces.

In the ensuing gun battle the Hizbul terrorist Haroon Abbas Wani, an A++ category terrorist, was killed. He belonged to the Gattah belt of the district, Deputy Inspector General of Police, Doda-Kishtwar-Ramban Range, Sujit Kumar, said. DGP Dilbag Singh said that Haroon was accused of many killings and was trying to re-invent militancy in the region.

Security forces recovered an AK-47 rifle, 3 magazines, 73 rounds, a Chinese grenade and also a radio set from the encounter site. Police officer Davinder Singh has been suspended because of his involvement in terrorist activities. He also clarified that the Ministry of the affair had not given any gallantry award to Davinder Singh.

The terrorist was identified as a son of Ghulam Abbas Wani who is an engineer and a resident of Furqaan Abad Ghat area of Doda. Haroon was recognized after a photo of him holding an AK-47 rifle surfaced on social media in September 2018 when he joined the banned terror outfit, the officials said.

Haroon was one of the eight children of Ghulam Abbas Wani — five sons and three daughters — all of whom are highly qualified, they said. Haroon is said to have done MBA from Katra University and worked in a private company, they added. 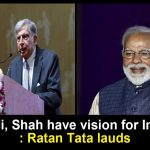 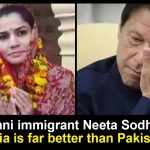