In the latest development, at least 4 militants were neutralised in two different gunfights with security forces in J&K on Saturday, a police spokesman confirmed the news.

The spokesman said, adding that three Hizbul Mujahideen (HM) militants were taken down in a pre-dawn operation in South Kashmir’s Pulwama district while the other militant was eliminated in Sopore town of North Kashmir’s Baramulla district.

According to him, the security forces initiated a cordon and search operation based on a tip-off in the wee hours of Saturday at Panzgam in Pulwama’s Awantipora.

The three militants were hiding in that place fired as the hunt was on. The security forces immediately fought back, leading to fire exchange in which the three of them were killed.

“Three militants were killed in the encounter and they all were affiliated with Hizbul Mujahideen,” the spokesman said. The deceased were identified as Showkat Dar, Irfan War, and Muzaffar Sheikh.

“The three militants were wanted for their complicity in a series of terror crimes, including attacks on security establishments and civilian atrocities. Several terror crime cases were registered against them,” the spokesman said.

“Showkat Dar was part of a group of militants involved in killing of Army jawan Aurangzeb last year,” he said.

FYI, those militants kidnapped and killed Rifleman Aurangzeb while he was on his way home to celebrate Eid from his camp in South Kashmir’s Shadimarg in June 2018.

The spokesman also cited police records and said Dar had a huge history of terror activities.

“He was involved in planning and executing a series of terror attacks in the area and many other civilian atrocities. He was also involved in the killing of a policeman Aqib Ahmad Wagay last year. Several terror crime cases were registered against him,” he said.

Irfan War and Muzafar Shiekh, the police said, were heavily linked with several terror attacks on security establishments in the area. “Several criminal cases were registered against Sheikh for terrorist activities,” a police statement said.

Some strange material, arms and ammunition, were recovered from the gunfight spot, the police spokesman said.

The police registered a case and the material has been taken in the case records for the purpose of the investigation, he added.

“It was a clean operation and no collateral damage took place during the exchange of fire,” the police spokesman said

As far as the second operation was concerned, at Hathlangoo village in north Kashmir’s Sopore area, the police said 1 militant was killed. 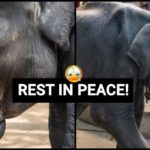 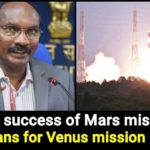