Sharjeel Imam, the JNU student and mastermind of Shaheen Bagh, said that India should be made an Islamic state. Imam was arrested by the Delhi Police’s Crime Branch from Bihar’s Jehanabad after he made an inflammatory speech against the Citizenship Amendment Act at Shaheen Bagh in New Delhi. After being arrested he was sent to five days police custody.

Sharjeel Imam wants India to be an Islamic country. Confessing his remark, Imam said he made the controversial remark about cutting the Silliguri Corridor, also known as the Chicken’s Neck, in the heat of the moment. Imam also admitted before Police that no tampering has been done with the videos of his different speeches. Sedition charges have been imposed on Imam after the video went viral in which he made incendiary remarks and threatened the integrity of the nation.

Imam once again made a poisonous statement said that if all Muslims come together, they will make India an Islamic state. India is considered the most secular country in the world but miscreants like Sharjeel Imam want the nation to be Islamic.

Imam came in the news after his video went viral on social media in which he can be heard saying, “If we all come together, then we can separate the Northeast from India. If we cannot do it permanently, then at least for one to two months, we can do this.”

After his confession, the Delhi Police is also examining Sharjeel Imam’s connections with the Islamic Youth Federation & Popular Front of India. Imam expressed no remorse over his arrest and he still sticks to his remarks.

Earlier Imam instigated the Muslim community for the violent protests and said, “It is our responsibility to cut Assam from India. When this happens, only then the government will listen to us,” he is heard saying in the video.

In the inflammatory speech, Imam said that only 5 lakh people can cut Assam off from mainland India. After his anti-national remarks, a sedition case was lodged against Sharjeel Imam and finally, he was arrested from Bihar’s Jehanabad by the Delhi Police’s Crime Branch.

The Shiv Sena also supported the Centre over the action of Delhi Police against JNU student Sharjeel Imam. 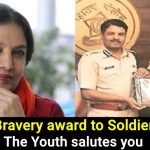 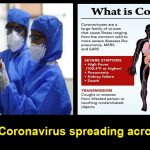