Meet yet another star Indian athlete from Assam and her name is Jamuna Boro. She did India proud after she clinched a gold medal at the one-sided 54 kg final in the 23rd President’s Cup event held in Indonesia on July 28th, 2019. Interestingly, Jamuna Boro had won one more gold medal at the 2nd India Open International Boxing Tournament, held in Guwahati.

She was even lauded by Assam’s CM Sonowal, who tweeted, “Congratulations to Jamuna Boro for winning at the prestigious #PresidentCup Boxing tournament in Indonesia. We are proud of your achievement. Keep shining.”

Hailing from Assam’s Sonitpur district, she got the better of Italy’s experienced fighter Giulia Lamagna with a convincing edge of 5-0. Boro won a gold medal at the second India Open International Boxing Tournament that happened in Guwahati.

She is also making her mother proud as she is building her a home in their native Dhekiajuli, Assam.

It should be noted that Nirmali is Jamuna’s only surviving parent. “I did not know much about my papa,” the 22-year-old told DNA on Tuesday. “My mother is everything to me. Now I want to do everything for her.”

Nirmali backed Jamuna and her brother and sister by selling vegetables.

“It was very tough for me to get into sports. Ma battled financial and family problems,” she added. “My aptitude took me to Sports Hostel in Sonitpur district, three hours away, when I was eight or nine.” When at home, Jamuna would help her mother at their shop. “Now, I feel good when I reflect upon the early struggle,” she says.

“Those days are a thing of the past. Jamuna’s siblings are happily married, and when she is not participating in international tournaments or attending national camps in Delhi, she lives in her old home in Dhekiajuli with her mother. Nirmali is no longer sells vegetables.

“She has worked enough all these years, and now there is no need to,” says the dutiful daughter. “I also get financial support from the government. All I want my mother to do now is rest and enjoy our new home in two-three months.”

Jamuna is happy that her life has changed drastically. “Earlier, my days were filled with practice, hard work and competitions,” she says. “Now, I have to grow up and plan for the future. I know I have to achieve a lot more and have to stay in boxing.” 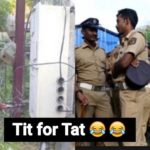