Railways are the second fastest mode of transport. It is also the most dependable mode of transport. Indian Railways manages the fourth-largest railway network in the world. It is well-known for its quality service and low-cost. Due to this benefit, millions of people use it to travel daily.

Not a long ago, a man tried to poke and make fun of Indian Railways on Twitter with a complaint. He had posted a screenshot of vulgar ads appearing on the IRCTC site.

He wrote, “Obscene and vulgar ads are very frequently appearing on the IRCTC ticket booking app. This is very embarrassing and irritating” and urged Indian Railways to kindly look into the matter and rectify the issue as soon as possible.

Seeing this, Indian Railways had requested the Twitter user to clear his history and cookies in a bid to avoid such advertisements while booking his tickets.

“Irctc uses Googles ad serving tool ADX for serving ads. These ads use cookies to target the user. Based on user history and browsing behaviour ads are shown. Pl clean and delete all browser cookies and history to avoid such ads -IRCTC Official.”

This scene caught the attention of online users and they joined Indian Railways in trolling Anand Kumar. Take a look at the tweets below:

Indian Railways has been planning something bigger than ever before as it is aiming to become the world’s first 100 per cent ‘green railways’! 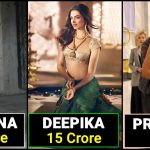 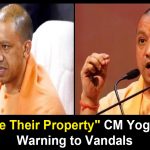