However, in a first, Indian Railways Catering and Tourism Corporation (IRCTC) will pay a huge compensation of Rs 1.62 lakh to around 950 passengers for the travel delay in the run time of the newly-operated Tejas Express.

It should be noted that Tejas Express operates between Delhi and Lucknow (to and fro). In fact, it is the first-ever train to be operated by private players in India. It started its commercial service from 6th October for 6 days a week.

On October 19, Tejas Express saw a delay in the schedule as it departed at 9:55 am from Lucknow rather than the scheduled departure at 6:10 am and reached New Delhi at 3:40 pm instead of 12:25 pm.

Before its launch, IRCTC had officially announced that under its policy, compensation would be given to the passengers in case of a delay. A minimum amount of Rs 100 as compensation was decided for a delay over an hour and a maximum of Rs 250 for a delay of over two hours.

The train had 450 passengers while travelling from Delhi to Lucknow and was delayed for over 2 hours, meaning that these passengers would be compensated with Rs 250.

On the contrary, the train was delayed by more than an hour when travelling from Lucknow to Delhi with 500 passengers on board, all of whom would be provided a compensation amount with Rs 100, which would be paid through the IRCTC’s insurance companies.

How passengers can get compensation?

The passengers have to go through the link provided with the tickets of Tejas Express to get reimbursement.

Besides the compensation for the delay, Tejas Express also includes a cover of 1 lakh rupees against ‘household thefts’ and ‘robbery’ during the travel period of passengers.

However, it is for the first time since its launch that the Tejas Express was delayed by such a long time. Then on October 20, the Lucknow-Delhi train was a delayed by 24 minutes. 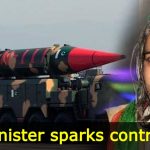 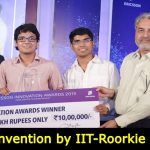