Pakistan minister for Kashmir Affairs and Gilgit Baltistan Ali Amin Gandapur has sparked a controversy by adding that any country that will step forward to support India over the Kashmir issue will be hit by a missile by Pakistan and termed as an “enemy” of Pakistan’s capital.

“If tensions with India rises on Kashmir, Pakistan will be compelled to go to war. Hence, those countries backing India and not Pakistan (over Kashmir) will be considered as our enemy and a missile will be fired at India and those nations supporting it,” Ali Amin Gandapur spoke at an event, adding more fuel to the fire.

Pakistan-based journalist identified as Naila Inayat had tweeted a part of the video in which the country minister is seen making the infamous remarks.

“any country that will not stand with Pakistan over Kashmir will be considered our enemy and missiles will be fired at them as well, in case of war with India,” the tweet read.

Gandapur’s speech on Kashmir issue comes at a time when Pakistan and India have ongoing chaos over the Kashmir issue. Islamabad has cut down bilateral ties after it protested strongly over New Delhi’s decision to scrap Article 370 that gave special powers to people in Jammu and Kashmir.

However, India has maintained that the decision is its internal matter. In his first address at the UN General Assembly in New York in September, Pakistan Prime Minister Imran Khan devoted his 50-minute long speech on Kashmir. During his speech, he spoke about the terrible consequences in the event of a nuclear war with India. 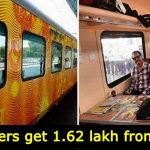