Harshit Rajesh Sheth hails from Mumbai who has inspired thousands of students with his teaching profession. He was born on 25 June 1998 and did his schooling in Mumbai. He was very fond of teaching and wanted to be a professional teacher. At a very young age, he started his teaching with one student. He was surprised when he realized that he had converted one student into 55 students very soon. What makes this story different is the immense courage shown by this man. Let’s share his inspiring story with everyone.

In the year 2016, Harshit started his teaching journey. He was just 17 years old when he stepped into Teaching. He had only one student when he began teaching. In the beginning, he used to teach English and Social Science subjects. He then started teaching at some other places as well. Over a period of time, the number of students increased to 55.

In his initial days, the young man had gone through many ups and downs but he emerged stronger with every difficulty he faced and became a famous teacher. When he started his career he was worried about whether students would accept him as a teacher or not as he was a teenager. Since students never considered him as their teacher, so he had a challenge that how to inculcate students with a love of knowledge. He loved the respect that he had received from all students.

In 2017, an opportunity came to him to teach college section i.e. 11th and 12th, Economics and OCM. It was a turning point for him where he had more than 100 students. His way of teaching was appreciated by students. Since then he never looked back. He continued to teach and after a long struggle, he became a role model for several students. He has more than 600 students at present. In the year 2019, he got an opportunity to teach in a College as a professor. This shows that the work he has done is truly remarkable. Later, he came in touch with Prangan Foundation, an NGO in Dombivali where he decided to teach underprivileged kids free of charge.

His work earned him huge respect among students. He was honored with The Golden Glory Award. He was the youngest teacher to receive the award in 2019.  He won the National Education Icon Award 2019 for the best national youngest economics lecturer of the year” The St.John’s Alumni Association 2019’s The Rising Star Award”. He has been awarded Indian Education Awards 2020 for the most profound economics teacher in Mumbai”. At present, he is teaching many subjects including Economics, Secretarial Practice, Business Studies, English and Social Science in Mumbai.

He said, “This truly gives me immense pleasure and motives me to work more for the people. While making students laugh and letting them learn, is just a feeling with less of adjectives but more of emotional touch. Being the youngest and recognized teacher feels a sense of Proud”.

It is amazing to see the willpower of this man who has provided education to those who have been deprived of education. He has sacrificed all his comfortable to teach his students in a better manner. The country needs more such superheroes who are trying to make society a better place to live for one and all 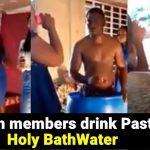 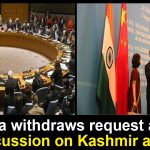