There is literally nothing that can stop women from touching the pinnacle of success. It was Sanna Marin’s day when she announced her arrival in grand fashion as she has been chosen as Finland’s youngest Prime Minister. It is to be noted that the other four governing parties of the same nation have women leaders, setting an example for the other countries.

34-year-old Sanna Marin is only the third female government leader of Finland to hit the headlines for becoming the youngest serving Prime Minister in the world.

After rounds of discussion, the largest political party in Finland, Social Democratic Party recruited her as the PM after the serving PM, Antti Rinne stepped down for losing the trust of a coalition party. She is now serving as the transport minister of Finland.

Sanna Marin who is delighted to take charge at office today addressed the media reporters at the press conference. Talking to media after her recruitment, Marin said that it is more important to rebuild trust by working hard. She herself admitted that she never even thought about her age or gender and instead she wants to make an instant impact.

“We have a lot of work ahead to rebuild trust. I have never thought about my age or gender, I think of the reasons I got into politics and those things for which we have won the trust of the electorate,” she added. 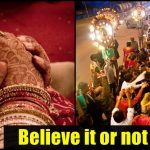