Success is not a one-way path. When you get rejected in the profession that you wish to become, it doesn’t mean that the end is near. It means that there are several other options for you to choose wisely and take a bold move.

The more you start exploring, there is an increased chance for you to touch great heights in life. The success story of Smriti Irani is one that needs to be told to the people who find the going getting tough after being rejected in their dream field.

After class 10, Smriti Irani made some good money as she earned Rs 200  a day by promoting beauty products in a bid to give financial assistance to the family. Smriti Irani dreamt of becoming an Air hostess. But unfortunately, she was rejected due to her physical appearance criteria and that’s not the end of Smriti. She had then changed her fate by starting her career from McDonald’s on a meagre salary.

She worked really hard to give the best shot in acting TV serials and she was roped in by the directors. The Balaji Telefilms production house encouraged her efforts. Her most popular TV series which took the centre stage was “yunki Saas Bhi kabhi bahu thi” wherein she played as the protagonist. She then slowly started becoming a familiar face and was widely praised for her acting skills.

This serial was a major breakthrough for Smriti that people use to call her “Tulsi” which suited her ever so well that even the fans would never even miss a single episode of this serial. Not just this serial one, Smriti acted in several other serials as well.

Her constant efforts combined with hard work paved way for her to take up politics after which she joined the BJP as she elected to the Rajya Sabha from Gujarat. She also served as Ministry of Human Resources Development in office (26 May 2014 – 5 July 2016) and worked as Minister of Information and Broadcasting in office (18 July 2017 – 14 May 2018). She became Minister for Textile where she took charge on July 7, 2016.

Regardless of your political connections, Smriti Irani’s wonderful journey from television serials to becoming Textile Minister of India is well and truly inspiring. Today, Smriti Irani serves as a perfect example for all the women across the nation with the vision of achieving something in life on your own with a Success motto. 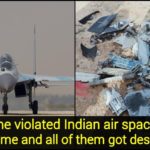 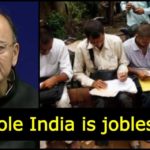