Just a week after a Pakistani’s UAV was brought down near Indo-Pak border in Gujarat, one more drone was shot down in Rajasthan’s Ganganagar on Saturday, the Army confirmed the news. “The drone was engaged and brought down,” the Army added.

The aerial battle took place at around 7:30 pm in the evening when the Pakistani UAV violated Indian airspace and was brought to the ground before it could make the next move.

Shooting down the drone came in the midst of escalated tension between India and Pakistan after the Indian Air Force (IAF) targeted terrorist training camp in Balakot and subsequent vengeance by Pakistan’s capital Islamabad.

It is to be noted that this was the third attempt by Pakistan to send a “spy drone inside India” since the February 26 airstrike, all of which turned out to be an utter failure.

On February 27, a day after Indian air strikes on terror camps in Balakot, a Pakistani UAV was brought down near the International border in Kutch district of Gujarat, police sources notified PTI. UAV’s debris was reported to have fallen near Nanghatad village in Abdasa taluka of Kutch.

(With inputs from agencies) 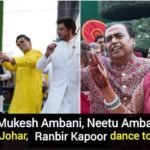 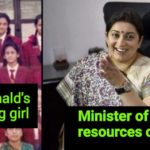