Religious discrimination is a never-ending issue in countries like Pakistan, Bangladesh and Afghanistan which has been continuing for a long time Million people who belong to the Hindu community and the majority of them belong to Dalits or people of Scheduled Castes.

Minorities were never treated equally and many Hindus went through painful torture like the religious conversion (Hinduism to Islam) and forced marriages to elderly men. Parents have lost their daughters to Muslim men after forced marriages and shockingly, they haven’t seen them since 8-9 years.

In a shocking incident in Pakistan, a 12-year-old Hindu girl by the name of Sonia Kumari (A Dalit girl) in Umerkot Sindh province was abducted from her home and then was taken to local Madrasah where she was forcibly married to a 45-year-old man who is in fact, older than her own father.

Thousands of such abductions happen every year and hardly one of two cases draw media attention and this is a reality about how minorities are treated in Pakistan, which proudly calls itself a democracy. We are leaving it to your imagination about how Hindus are treated harshly.

Case in point, after a 12-hour debate, the Citizenship (Amendment) Bill, 2019, was finally passed in the Lok Sabha late on December 11 (Monday). While 311 MPs voted in favour of the bill, there were 80 others who voted against it. Home Minister Amit Shah passed the controversial bill in Lok Sabha on Monday even as there were protests and mad scenes of violence in Northeastern states with most of the student unions including regional political parties opposing it.

Shashi Tharoor reacts: “Today is a black day for our Constitution because what happened was unconstitutional. It very clearly targets the Muslim community, it is very shameful.”

“I would like to specially applaud Home Minister @AmitShah Ji for lucidly explaining all aspects of the Citizenship (Amendment) Bill, 2019. He also gave elaborate answers to the various points raised by respective MPs during the discussion in the Lok Sabha,” PM Modi tweeted.

Replying to a tweet by PM Modi in which he praised Amit Shah over his conduct in the Lok Sabha, Amit Shah tweeted: “Thank you honourable PM @narendramodi ji. You are an inspiration and under your leadership, we all strive harder each day to build a #NewIndia for our future generations.” 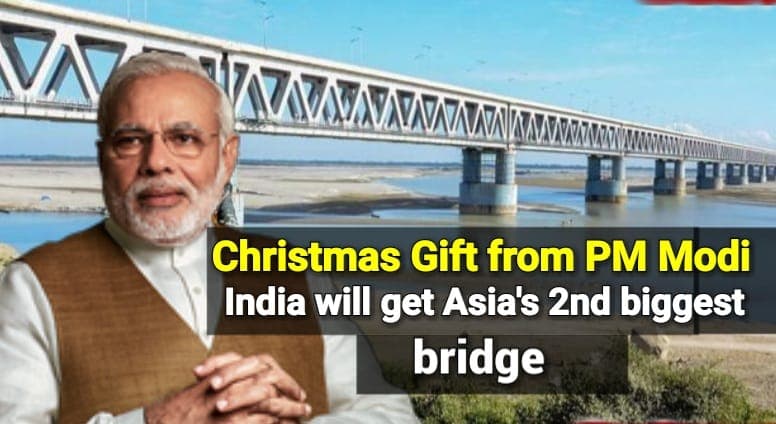 PM Modi to give Christmas gift to us, he will launch Asia’s second largest bridge in North East India