Swara Bhaskar, an Indian actress who primarily works in the Hindi film industry and she is known for the knack of doing supporting roles in mainstream productions and starring roles in independent film. She has won two Screen Awards and has also been nominated Filmfare Award three times.

She is the daughter of naval officer Chitrapu Uday Bhaskar and was born and raised in the national capital. After earning bachelor’s degree in English literature from the University of Delhi, she then enrolled herself at the Jawaharlal Nehru University to do her master’s in Sociology.

Also, there is no doubt that Swara Bhaskar is critical to PM Modi. Time and again, we have seen her making anti-Modi tweets. She recently trolled PM Narendra Modi for staying up on Surgical Strike 2 night. She took to Twitter and wrote, “Part of the job, no? Ya iske alag se points milne chahiye??!??”

However, she was savagely trolled on Twitter. She is gaining popularity and huge attention just because that she is making anti-Modi tweets.

In a recent viral video, a fan comes running to the actress and requests for a selfie with her. As Swara and the fan pose for the camera, he says, “Par ma’am, Ayega Modi hi,” (Anyways ma’am, Modi will come back to power at the centre again). He chanted the punch line probably to ridicule the efforts of Swara Bhaskar made against PM Modi. She has been campaigning for candidates like Kanhaiya Kumar, who faced sedition charges. 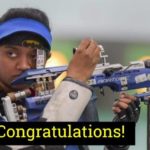 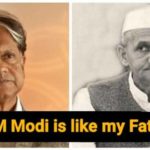