Prime Minister Narendra Modi, on Friday, approved ex-gratia amount of Rs 2 lakh as financial relief for the families of those died in Amritsar train accident. In addition to that, Modi has also announced a compensation of Rs 50,000 for the injured ones.

At least 61 people died and over 30 of them were injured in the tragedy after a local passenger train ran into people watching “Dussehra celebrations” besides the train track in Amritsar’s Choura Bazar on Friday. The people who were hit by the train reportedly could not see or hear the train nor its sound owing to the bursting crackers. As a result, this misfortune happened.

“Extremely saddened by the train accident in Amritsar. The tragedy is heart-wrenching. My deepest condolences to the families of those who lost their loved ones and I pray that the injured recover quickly. Have asked officials to provide immediate assistance that is required,” Prime Minister Modi tweeted.

Punjab Chief Minister Captain Amarinder Singh commanded an investigation into the incident and has also announced an ex-gratia compensation of Rs. 5 lakh each to the next of kin of the deceased. He also directed senior officials to rush to the accident site for the rescue operation. 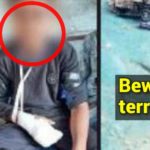