India will fight with the winner of the second semi-final that will be played between Australia and South Africa in the final. Harmanpreet Kaur-led India had topped Group A without losing any match. That is the reason why India successfully booked a place in the finals.

Interestingly, the Indian women’s team managed to make an entry for the finals with four wins out of four games. Indian women team entered the final without a ball being bowled at the Sydney Cricket Ground.

“Frustrating, didn’t want the World Cup to end this way but not much you can do about this. Would have been good to have a reserve day perhaps. That loss to South Africa cost us. Not really, we expected to reach the semi-finals and that we did. Undone by the weather,” England captain Heather Knight said after the game was called off.

“It is unfortunate not to get a game due to the weather. But that’s how the rules go. In future, it would be nice to have a reserve day. From day one, we knew that we have to win all the games because if in case we don’t get any play in the semifinals, it will be hard for us,” India captain Harmanpreet Kaur said.

Indian men cricket team captain Virat Kohli, on the other hand, is full of praises for Indian women’s cricket team and congratulated them.

“Congratulations to the Indian Women’s team on qualifying for the @T20WorldCup final. We are proud of you girls and wish you all the luck for the finals,” tweeted Kohli. 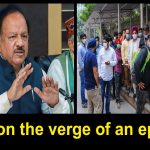 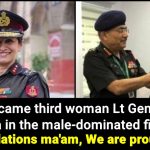