The novel coronavirus, which originated in Wuhan, China, has created a panic situation across the world. Jaw dropping pictures of coronavirus are coming out of Italy. Measures taken by the Government of Italy have not been proven to work effectively for the COVID-19 outbreak.

By far, the virus has affected over 9.5 lakh people globally and the global death toll has risen to at least 48,000. In Italy alone, the confirmed positive cases of coronavirus have surpassed 110,000 so far, while at least 13,155 people have died in the country from the infection.

The deadly virus is bent upon killing human beings, eliminating them. It is neither restricted to a nation nor a region or particular weather. It has put the entire world in a lockdown. There is no antidote of this disease so far.

Amid the ongoing crisis, everyone is trying their best to help doctors and healthcare workers fight against coronavirus pandemic. Senior citizens of various nations have decided not to use ventilators as the world is seeing a shortage of medical equipment like ventilators in the time of crisis.

Meanwhile, a Belgian woman has grabbed headlines across the world after she died of COVID-19 after refusing ventilator treatment. She told her doctors to keep this for younger patients instead.

Recently, a woman in Belgium lost her life after she willingly refused to use a ventilator and asked her doctors to pass it on to younger patients. 90-year-old Suzanne Hoylaerts who tested positive for COVID-19 was admitted to hospital on March 20, after which her condition had gone from bad to worse.

“I don’t want to use artificial respiration. Save it for younger patients. I already had a good life,” she reportedly said. She succumbed to the disease.

Her daughter Judith told a Dutch newspaper, Het Laatste Nieuws, ‘I can’t say goodbye to her, and I don’t even have a chance to attend her funeral’.

Reportedly a 72-year-old Italian priest named Don Giuseppe Berardelli had tested positive for COVID-19 disease. He also refused access to a ventilator for the same reason as Suzanne’s; he asked doctors to give it to a younger patient instead.

As the COVID-19 outbreak is quickly spreading across the globe, no country has been spared by this deadly disease. Doctors are putting their lives at risk and treating patients despite a lack of medical equipment.

In India alone, the confirmed positive cases of coronavirus have surpassed 2,000 so far, while at least 50 people have died in the country from the infection. 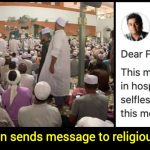 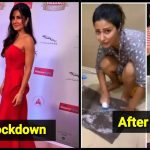