It is no surprise that Jio is the ‘World’s largest Data Network’ based on Mobile Data consumption. It has become a sensational hit ever since its inception. Users are increasing day by day and so does the sales. Even a common person who is not used to using the internet services are more into surfing these days and thanks to Jio.

It has completely changed the way we think. It offers internet, free Local and STD calls, free (incoming and outgoing calls) to any network anywhere in India based on their subscriptions. This is why most people use Jio. Not just Jio SIMs, people use JioPhones and 4G personal hotspots as well. They are affordable and cutting-edge devices that satisfy the needs of the customers.

This is nothing but a broadband service of Reliance Jio, Reliance Industries’ telecom arm that will be expanding in 1,100 cities of India. “The JioGigaFiber will allow the users to watch 600 plus TV channels, thousands of movies and millions of songs at your will,” said Akash Ambani, Mukesh’s son.

Apart from the JioGiga Fiber, RIL also announced monsoon Hungama offer, which will enable all the JioPhone users to replace their current feature phones for an affordable price of Rs. 501, which means the entry cost has been reduced from maximum Rs. 1500 to as minimum as Rs. 501.

On August 15, the JioPhone 2 will hit the market for Rs. 2,999. More details will be released soon on Jio.com “Our goal is that Jio reaches in every district, taluka, gram panchayat of India. Jio phone has taken the country by storm. We have over 25 million Jio phone users in India. We are now taking the Jio phone to another level,” Mr Ambani was quoted as saying by NDTV.

“We still lack behind in fixed-line broadband and currently stand at 134th in global ranking poor fixed-line infra. More than 80 per cent internet usage happens indoors in home and offices. So, optical fibre-based broadband is the future,” he added.

“Jio is determined to bring India among the top 5 in the fixed line broadband. Jio has invested Rs. 250 000 crores digital infrastructure which is the largest anywhere in the world,” he said in the address. 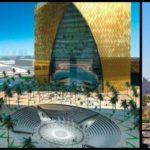 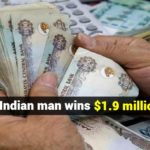