In a country where teachers are setting high standards for themselves as role models to students, a group of five teachers set a bad example by dancing to film songs inside a vacant classroom. A video doing the rounds on social media shows how teachers have stooped to a low to dance to film songs instead of teaching some important stuff to the students.

The viral video featuring five assistant teachers from a government primary school in Sandhan, Achhnera district from Agra landed in big trouble. If reports doing the rounds are to be believed, then these five teachers were suspended after a video allegedly showed them dancing to movie songs inside an empty classroom.

The teachers, who were recruited in the Basic Education Department, were suspended for unethical behaviour. The five teachers by the name of Rashmi Sisodia, Jivika Kumari, Anjali Yadav, Suman Kumari, and Sudha Rani – were dancing to the popular song ‘Mainu Legenga lede mehnga’. As per a report in HT, a committee was constituted to investigate the matter and submit a report in 15 days.

The report further added that the suspension orders were passed by the office of the Basic Shiksha Adhikari in Agra. “The songs to which the teachers were seen dancing were not educative. By dancing in class, the teachers violated the Teachers’ Service Rules and tarnished the image of the education department, besides causing anger among villagers,” said Basic Shiksha Adhikari (BSA) Brajraj Singh in his suspension order.

It has been learnt that the video is said to have been recorded on March 21, 2021. After the incident, a clear explanation was sought from the principal of the school, Dinesh Chand Parihar. Meanwhile, the five assistant teachers were accused of unethical behaviour, trying to damage the reputation and image of the department, violation of Government Employees’ Regulations 1978 and Right to Education Act. 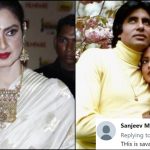 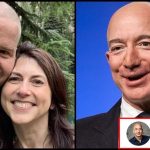