Rekha was born as “Bhanurekha Ganesan” to Tamil actor Gemini Ganesan and Telugu actress Pushpawali. When she began her film career, she shortened her name to Rekha.

Case in point, following Neetu Kapoor, the sets of ‘Indian Idol 12’ was graced by experienced and popular Bollywood star Rekha. The actress who left everyone including the judges in awe of her beauty turned up as a special guest on the show. She was honoured by means of some candid performances dedicated to the personification of beauty and grace.

Apart from her beauty, Rekha won our hearts after she left them in stitches with her quick and honest reaction to a question posed by the show’s host Jay Bhanushali. A promo revealed host Jay Bhanushali asking the judges, “Rekhaji, Nehu, kabhi aapne dekha hai ki koi aurat itna pagal horahi hai kisi aadmi k liye, woh bhi shaadi shuda aadmi k liye? (Rekhaji, Nehu, have you ever noticed a woman falling head over heels for a man, that too for a married man?).”

Rekha came up with a reply, “Muhse puchiye na (Ask me).” Rekha says, “Maine kuch nahi kaha (I didn’t say anything).” Meanwhile, the audience burst into laughter, appreciating her reply. 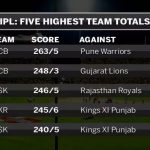 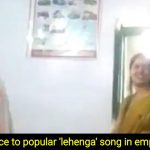